SXSW EDU provides a destination for personal and professional growth with an unparalleled program of education thought leaders, compelling sessions, films, and more. 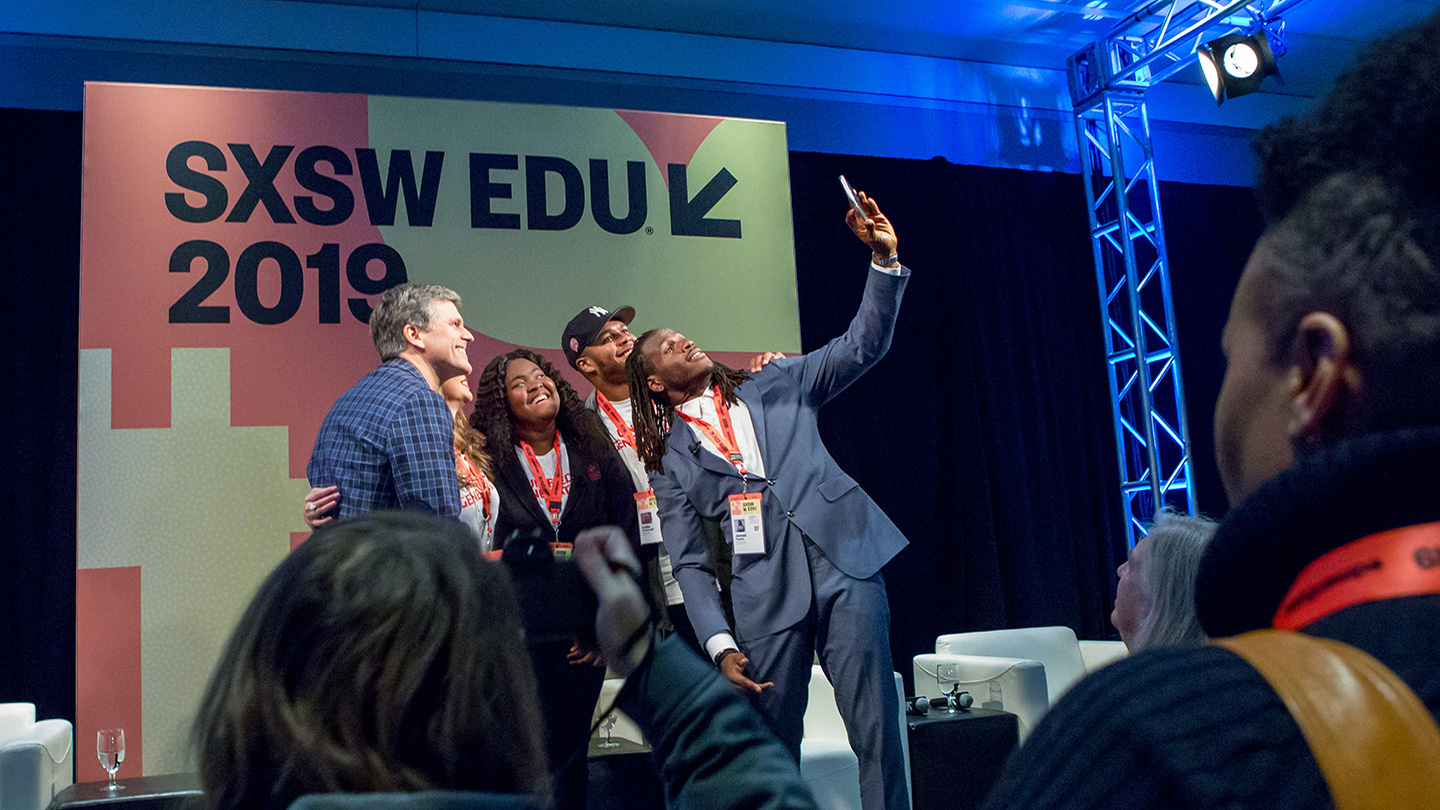 The wide range of topics and ideas explored at SXSW EDU is organized by thematic tracks, designed to help illuminate overarching focus areas and enable attendees to easily navigate the event. Find your community or build a new one as you work through the program. 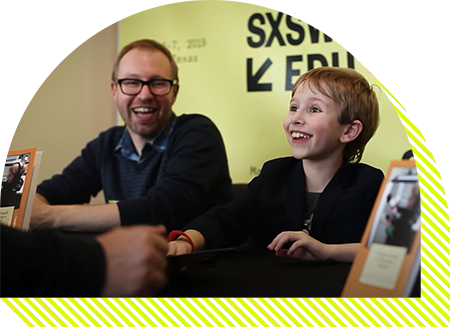 Converse (2-3 speakers / 45 min)
A speaker-facilitated, open conversation that focuses on driving dialogue and connecting communities around a particular topic rather than offering a structured presentation 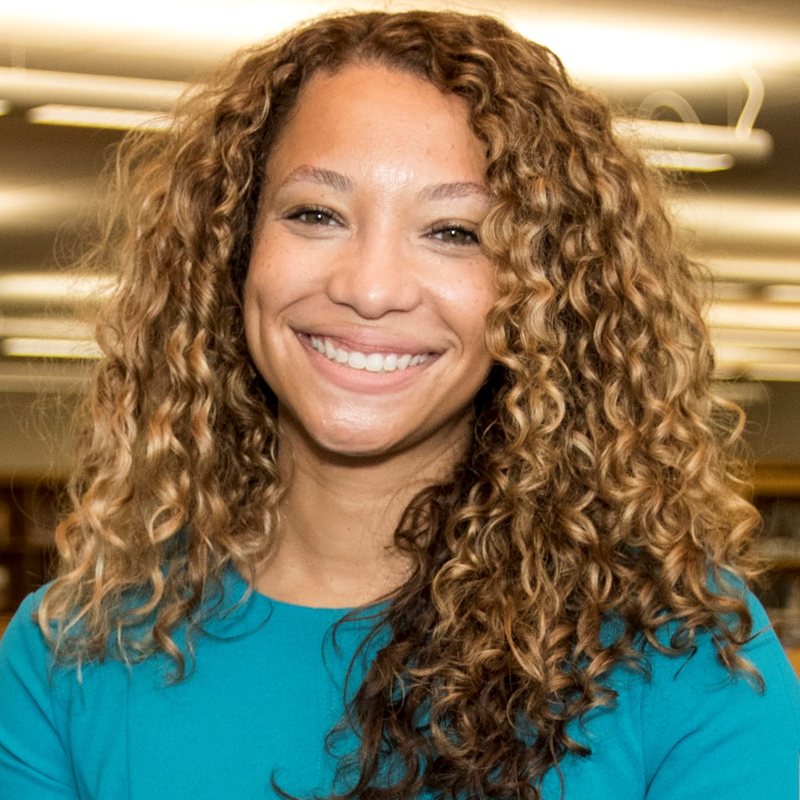 Brittany Hogan is a native of Chicago, she holds a Bachelor of Art in Psychology from Hampton University and a Master of Social Work from Washington University in St. Louis. Brittany currently serves as the Director of Educational Equity & Diversity for the Rockwood School District in the St. Louis region. Brittany specializes in district level and school-based initiatives around educational equity, inclusion, and social justice. 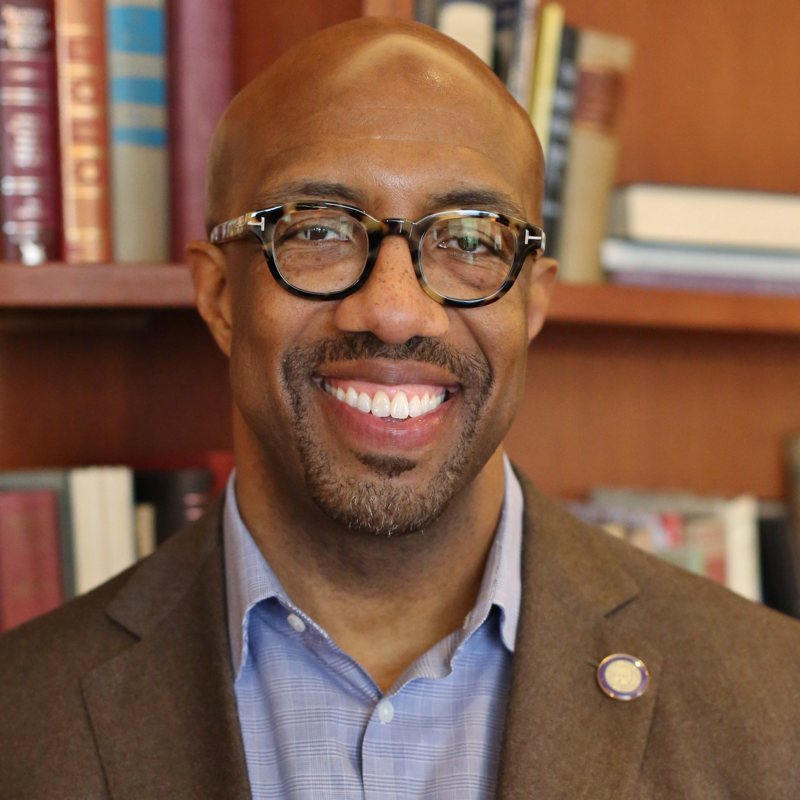 Dr. Michael J. Sorrell is the longest-serving President in the 148-year history of Paul Quinn College. During his 13 years of leadership, Paul Quinn has become a national movement for its efforts to remake all of higher education to become more responsive to student and societal needs. Included among Paul Quinn’s numerous accomplishments during President Sorrell’s tenure are the following: winning the HBCU of the Year, HBCU Student Government Association of the Year, and HBCU Business Program of the Year awards; achieving recognition as a member of the President’s Higher Education Community Service Honor Roll; creating the New Urban College Model; demolishing 15 abandoned campus buildings; partnering with PepsiCo to transform the football field into the WE over Me Farm; achieving full-accreditation from the Transnational Association of Christian Colleges and Schools (TRACS); creating the College’s first faculty-led study abroad program; and rewriting all institutional fundraising records. Michael received his J.D. and M.A. in Public Policy from Duke University and his Ed.D. from the University of Pennsylvania (where his dissertation defense was awarded “with Distinction”). While in law school, he was one of the founding members of the Journal of Gender Law & Policy and served as the Vice President of the Duke Bar Association. Michael was a recipient of a Sloan Foundation Graduate Fellowship, which funded his studies at both Harvard University’s Kennedy School of Government (as a graduate fellow) and Duke University. He graduated from Oberlin College with a B.A. in Government, served as Secretary-Treasurer of his senior class, was a two-time captain of the men’s varsity basketball team, and graduated as the school’s fifth all-time leading scorer. President Sorrell is one of the most decorated college presidents in America. Recently, President George W. Bush and the George W. Bush Presidential Center awarded him the Bush Institute Trailblazer Citation. He has been named one of the World’s 50 Greatest Leaders by Fortune Magazine; is the only three-time recipient of the HBCU Male President of the Year Award (2018, 2016 and 2012); won Higher Education’s President of the Year award as named by Education Dive; and Time Magazine listed him as one of the “31 People Changing the South.” Washington Monthly Magazine identified him as one of America’s 10 Most Innovative College Presidents and Rev. Jesse Jackson, Sr. and PUSH/Excel honored him with its Education Leadership Award. These are just a few of the many awards and accolades that President Sorrell has received. President Sorrell is married to the former Natalie Jenkins. Natalie is an alumna of Spelman College and the Wharton School at the University of Pennsylvania. They have two wonderful children, Michael Augustus and Sage Louise-Sinclair. 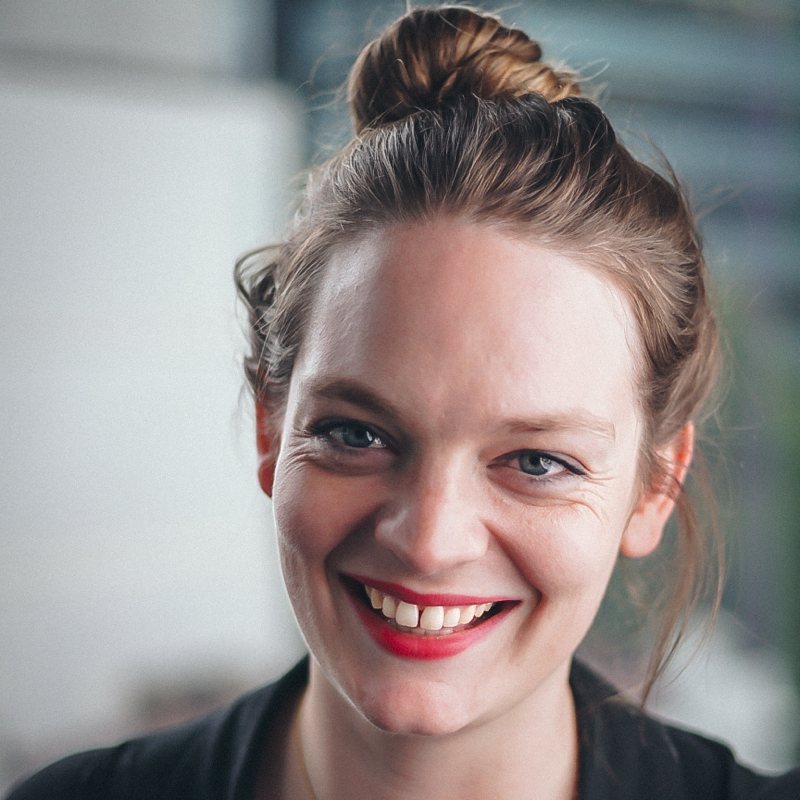 Kate Robinson is a writer, speaker, and Director of Nevergrey, which served as the global head office for her father, Sir Ken Robinson, and is now dedicated to his legacy. Through Nevergrey, Kate is founder of Imagine If, an initiative inspired by Sir Ken’s passionate advocacy of human potential, that culminates each year in a week-long festival. She was the founding Editor in Chief and Head of Strategic Operations of HundrED, a Finnish-based initiative designed to seek and share the most inspiring innovations in education globally. Her expertise lies in raising the profile of bold initiatives, with a particular focus on start-ups, and building strong partnerships with purpose. A patron of Action for Children’s Arts, her passion lies in engaging youth voice, and she was awarded a thought leadership award for Outstanding Contribution to Education Empowerment. 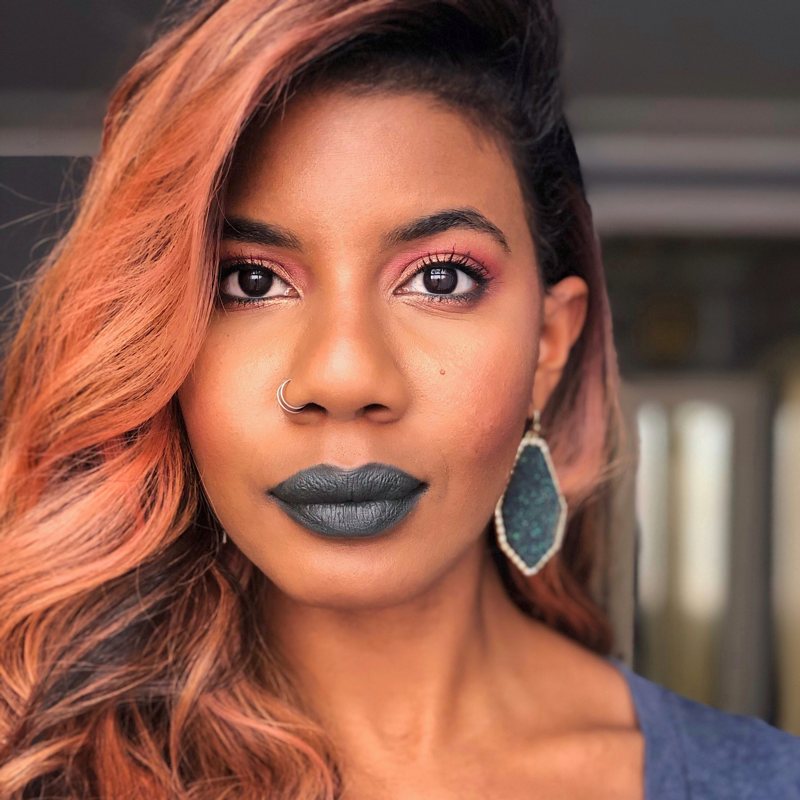 Nic Stone was born and raised in a suburb of Atlanta, GA, and the only thing she loves more than an adventure is a good story about one. After graduating from Spelman College, she worked extensively in teen mentoring and lived in Israel for a few years before returning to the US to write full-time. Growing up with a wide range of cultures, religions, and backgrounds, Stone strives to bring these diverse voices and stories to her work. You can find her goofing off and/or fangirling over her adorable little family on most social media platforms. 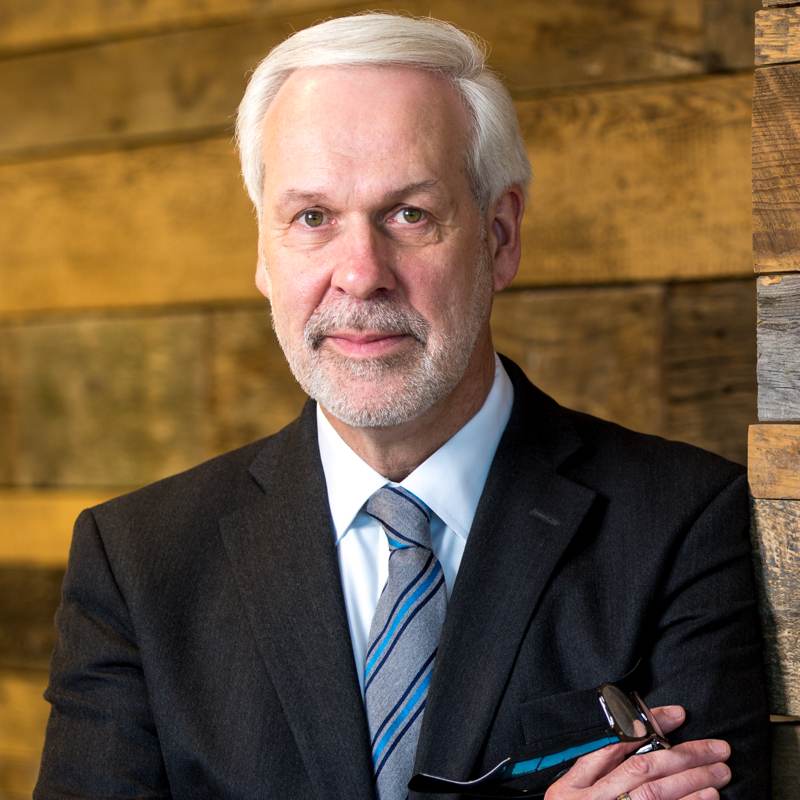 Dr. Paul J. LeBlanc is President of Southern New Hampshire University (SNHU) and a member of the Board of Directors at Chegg, Inc. Since 2003, under Paul’s leadership, SNHU has grown from 2,800 students to over 135,000 learners and is the largest nonprofit provider of online higher education in the country.

Paul immigrated to the United States as a child, was the first person in his extended family to attend college and is a graduate of Framingham State University (BA), Boston College (MA), and the University of Massachusetts (Ph.D.). From 1993 to 1996 he directed a technology start-up for Houghton Mifflin Publishing Company, was President of Marlboro College (VT) from 1996 to 2003. By becoming President of SNHU, he began his lifelong goal of revamping the education system to address student needs.

His work at SNHU led the university to be #12 on Fast Company magazine’s “World’s Fifty Most Innovative Companies” list and was the only university included. Forbes Magazine has listed him as one of its 15 “Classroom Revolutionaries” and one of the “most influential people in higher education.” Washington Monthly named him one of America’s ten most innovative university presidents. In 2018, Paul won the prestigious TIAA Institute Hesburgh Award for Leadership Excellence in Higher Education, joining some of the most respected university and college presidents in American higher education.

Previously, Paul served as Senior Policy Advisor under Secretary Ted Mitchell at the U.S. Department of Education, working on competency-based education, new accreditation pathways, and innovation. Currently, he serves on the National Advisory Committee on Institutional Quality and Integrity (NACIQI) and on the National Academies of Sciences, Engineering and Medicine’s Board on Higher Education and Workforce. Additionally, Paul serves on the ACE Board and chairs the AGB Council of Presidents.

His wife Patricia is an attorney and they have two daughters, Emma and Hannah. Annie, their black Labrador Retriever, studies sleeping on the couch and ways to steal food from the countertops. 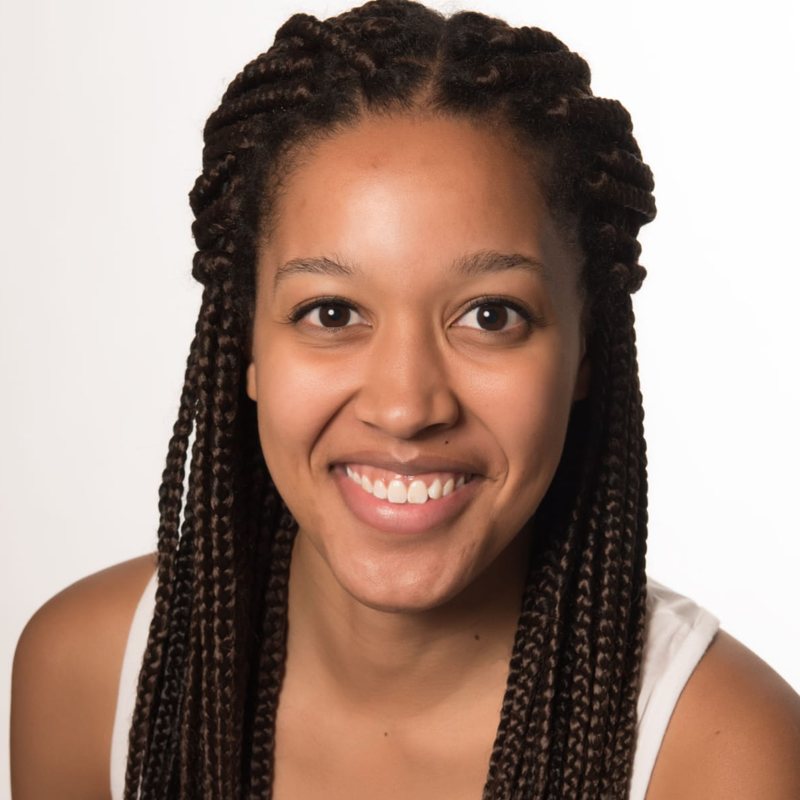 Nia Farrell is a creator, performer, and Mundane Afrofuturist who focuses on developing new work that celebrates the dreams and stories of Black communities. Her favorite artistic spaces are community-conscious and community-driven as they are opportunities to explore identity and belonging. She studied experimental and collaborative theatre-making at NYU Tisch School of the Arts where she received a BFA in Drama. During her studies, she participated in the MLK Scholars program and graduated with honors. Her work has since been presented at Ars Nova ANT Fest and will be in Theatertreffen Stückemarkt 2021. Nia is a finalist for SPACE on Ryder Farm’s Creative Residency 2020 and is a member of Theater Mitu’s Hybrid Arts Lab as well as the 2019-21 Writer / Director Lab at Soho Rep. When Nia’s not dreaming and scheming new Afro-futures, she is the Development Coordinator and Nine Muses Lab Research Associate for Nine Muses Entertainment, founded by Bryce Dallas Howard. 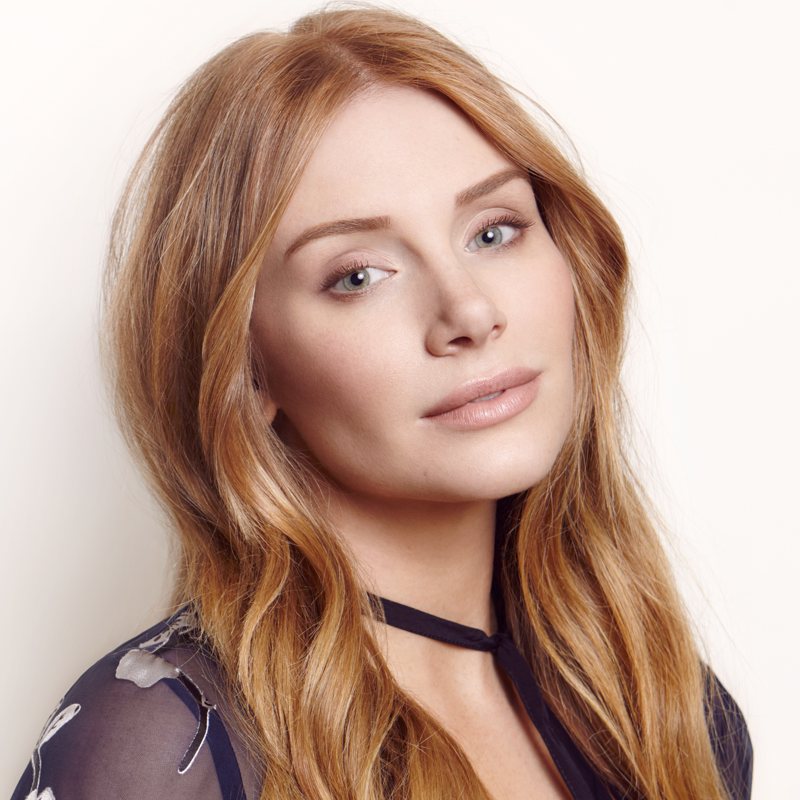 Bryce Dallas Howard is a versatile and dynamic talent, both on-screen and behind the camera. As a filmmaker, she directed on both seasons of the live-action Star Wars series, THE MANDALORIAN and the feature-length documentary, DADS. As an actor, she starred in Paramount’s ROCKETMAN and is currently filming the third installment of the Jurassic World franchise: JURASSIC WORLD: DOMINION. Bryce made her directorial debut with Canon’s Project Imagination and has gone on to screen her short films at Sundance Film Festival, Toronto International Film Festival, and Cannes Film Festival (Un Certain Regard selection). She has received numerous accolades for her work including being shortlisted for an Oscar for her short film WHEN YOU FIND ME and a SAG Award nomination for her work in the “Nosedive” episode of BLACK MIRROR. Bryce’s love of storytelling has led her to create Nine Muses Entertainment and become part of the guest faculty at NYU Tisch Drama. Photo by Martina Tolot. 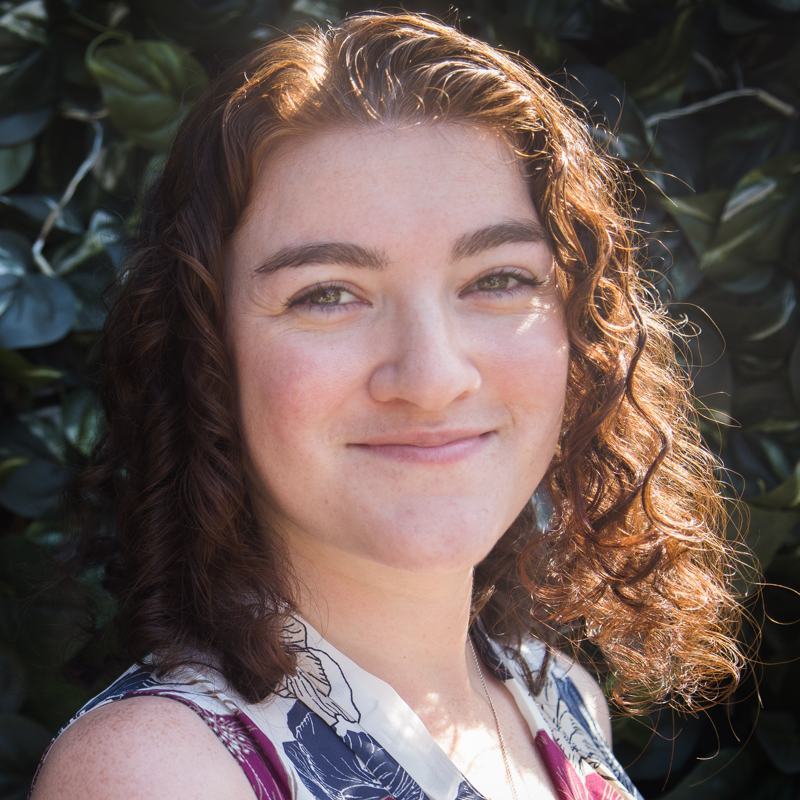 Rachel Friedman is the head of the NYU Tisch Drama Office of Career Development & Alumni Engagement where she manages new initiatives and programs to support and prepare students and alumni for sustainable careers in the entertainment field. In addition to her administrative role, she is also an adjunct professor at NYU Tisch Drama and consults on various projects relating to entertainment and education. Before coming to NYU she was the Education Manager at University Resident Theatre Association where she worked with MFA theatre programs at over 40 different universities and presented at many national education and entertainment conferences on helping artists plan for next steps in their career. She has led sessions at USITT, SETC, KCACTF, and more. In her spare time Friedman volunteers for New York City Arts in Education Roundtable and is the Co-lead for the NYU Administrator Management Council’s university-wide mentorship program. 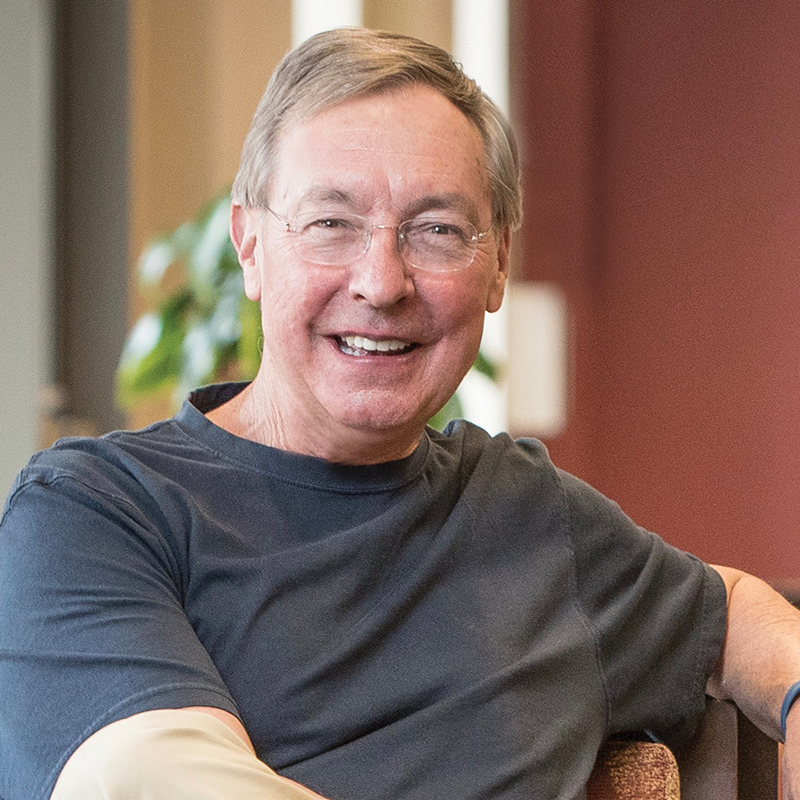 What School Could Be

What School Could Be

Ted Dintersmith is consumed with issues at the intersection of education, career and citizenship skills, and democracy. His films, books, keynotes, and philanthropy focus on the urgency of reimagining school to keep pace with the tsunami of innovation that is reshaping society. His WhatSchoolCouldBe.org initiative is catalyzing progress at the school, district, and state level across America, and in countries around the globe. His professional career centered on innovation, including being ranked as the top-performing U.S. venture capitalist for the years 1995-1999. In 2012, he was appointed by President Obama to represent the U.S. at the United Nations General Assembly. In 2018, he received the prestigious NEA Friend of Education Award. He holds a PhD in Engineering from Stanford, and a B.A. degree from the College of William & Mary with High Honors in Physics and English.

The SXSW EDU Film program highlights narratives and documentaries focusing on all aspects of education. With films tackling social impacts on domestic and international learning, peering into classrooms, and exploring student advocacy, the film program presents an entertaining and compelling addition to SXSW EDU. 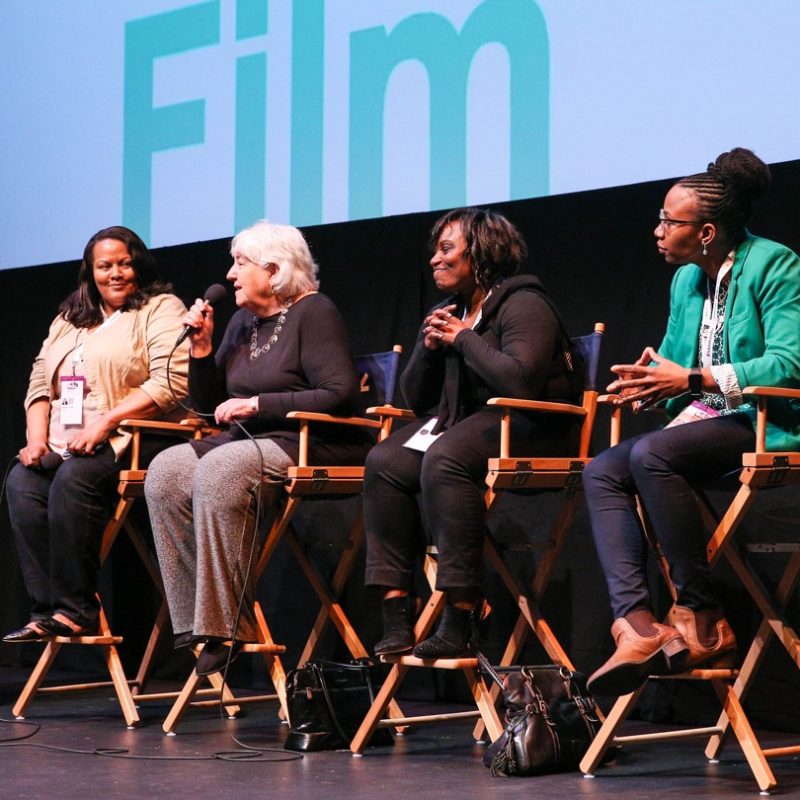 The SXSW EDU Performance program shines a light on performance arts as a vehicle for deeper learning, from theatrical groups, literacy development programs, music groups, spoken word, and more. Performances provide an experience that is both entertaining and educational. 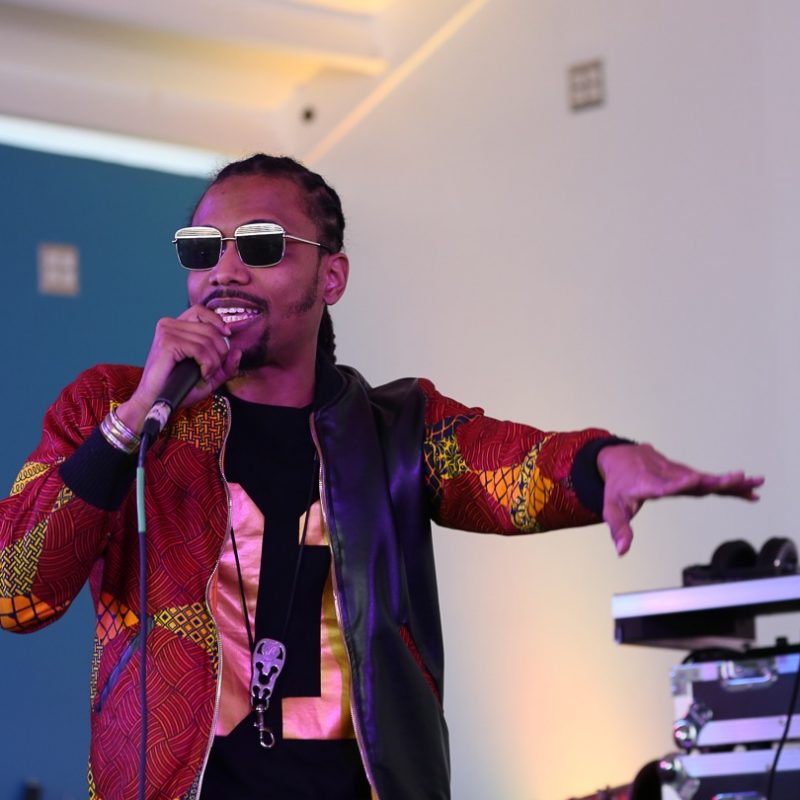 SXSW EDU has partnered with The Association of Texas Professional Educators for the past several years to provide conference attendees with continuing professional education (CPE) credits. The ATPE team reviews the SXSW EDU program and the list of sessions that meet CPE criteria will be made available closer to March. In 2020 more than two hundred sessions were accredited and you do not have to be an ATPE member to claim the CPE credits.

Visit atpe.org to create an account and access their online professional learning to earn credits with past SXSW EDU sessions. 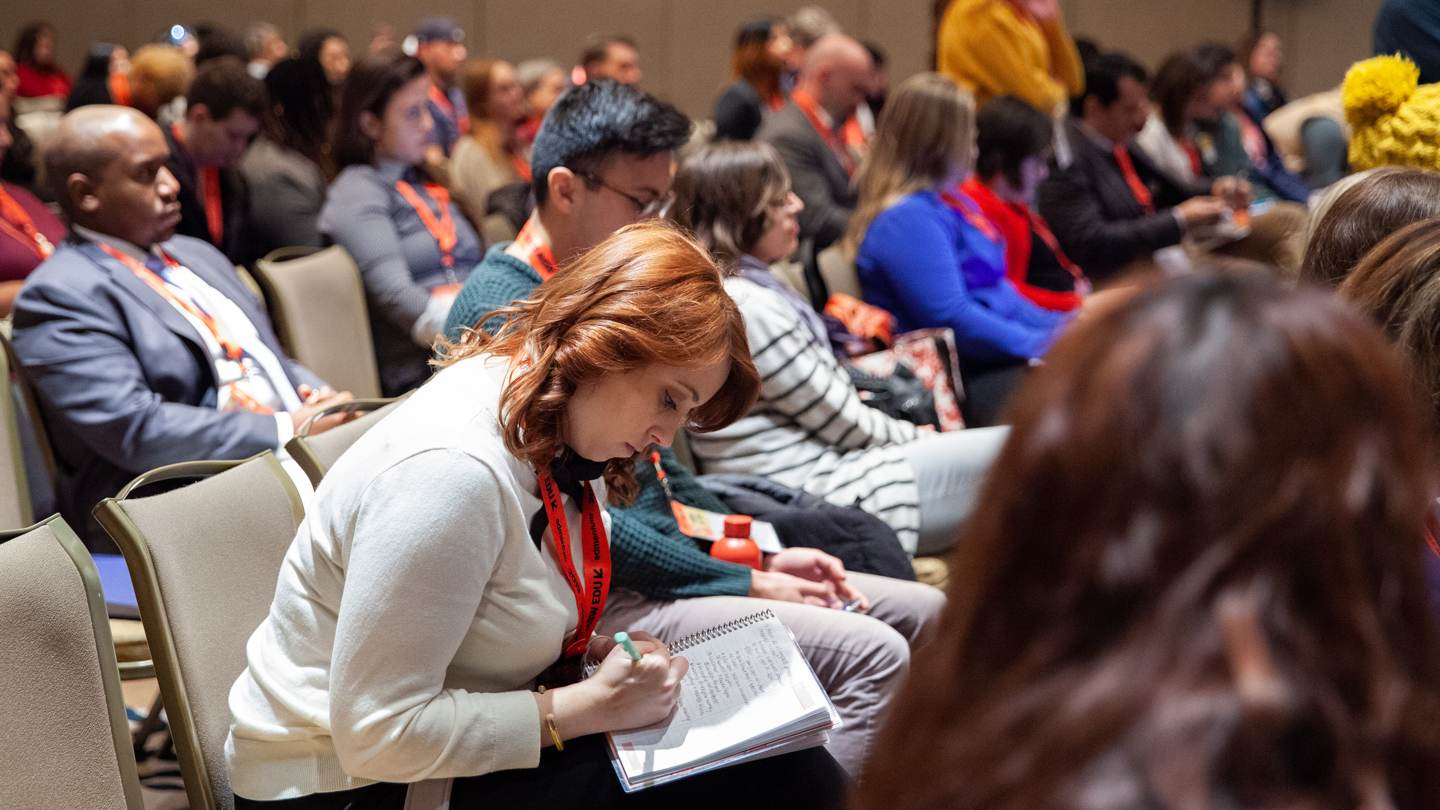 Subscribe to the SXSW EDU Conference & Festival Update and the SXSW EDU Insider newsletters to stay up to date on important announcements and opportunities. 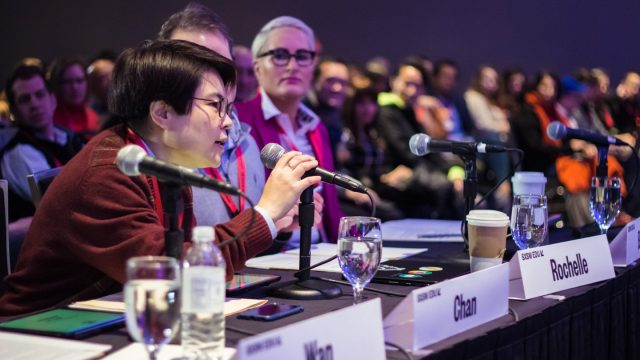 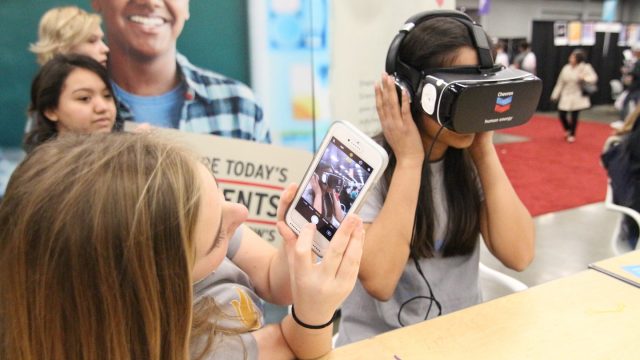 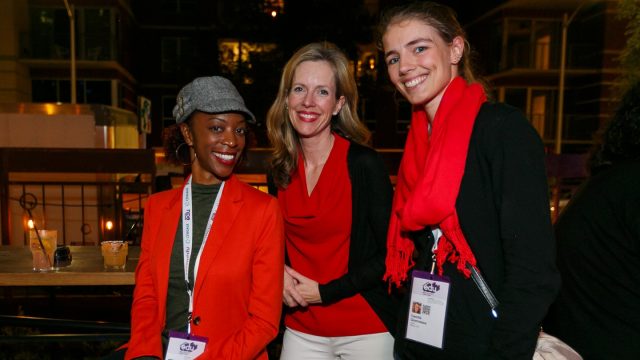 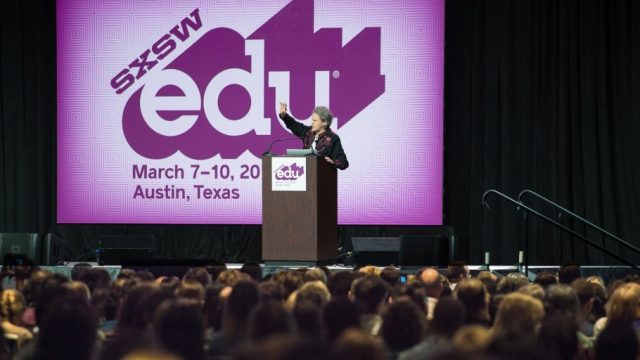