Learning Together: Preparing Pittsburgh’s Kids for a Changing World 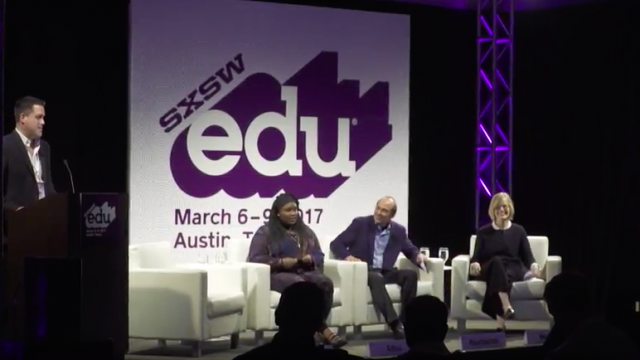 Pittsburgh has long been famous for its larger-than-life titans: Think Andrew Carnegie, the steel magnate-turned-philanthropist; Andy Warhol, the pop culture icon; or August Wilson and Gertrude Stein, two writers who upended the world of literature. In nearly every field, you’ll find Pittsburghers making an outsized impact, whether it’s Fred Rogers on children’s television or Ahmad Jamal playing jazz piano. And, as four modern-day Pittsburghers explained during “Remaking Learning in Mister Rogers’ New Neighborhood,” the city is no slouch in the learning sciences, either.

Much of that legacy can be traced to Herbert Simon (1916-2001), an incomparable thinker, professor, and scientist whose interdisciplinary work drew on computer science, psychology, economics, and more. A Nobel Prize winner and author, Simon became an institution at Carnegie Mellon University — first figuratively, and then literally when the school established The Simon Initiative in 2014. The bulk of his work concerned the study of decision-making, artificial intelligence, and learning, which he defined as “any change in a system that produces a more or less permanent change in its capacity for adapting to its environment.”

As co-chair of Remake Learning — a network of more than 500 schools, libraries, museums, nonprofits and others working to ignite engaging, relevant, and equitable learning experiences in greater Pittsburgh and beyond — I often think about Simon’s work. After all, our network’s mission is to support the region’s young people as they navigate some of the same social and technological changes for which he laid the groundwork: Today, for example, kids in Pittsburgh see self-driving cars on their streets. They see drones and makerspaces in their classrooms. And they combat injustice in their neighborhoods and communities.

In this rapidly shifting world, how do we help learners adapt to new environments? How should we think differently about kids, learning spaces, and our own beliefs and practices? And, in the words of an audience member who was present for our panel discussion, what might we show Simon as evidence of Remake Learning’s impact in a way that meets his definition of learning?

After a decade of wrestling with these questions — a decade marked by successes, challenges, and ever-evolving ideas and approaches — our network is proud to share Learning Together, our ten-year impact report outlining the “more or less permanent change” that Remake Learning has produced in various systems, from school districts to students themselves. Together, our members have helped learners not only adapt to their environments, but to explore them, test them, and even change them. Consider the following:


These are just a few of the examples of what we’ve accomplished as a network. But the most powerful stories are the personal ones, and one of my favorites is that of Zainab “Z” Adisa — the young woman who joined us on stage to discuss what learning looks like to a high school student. “Learning doesn’t just come from a classroom,” said Z, then a high school senior. “Learning can come from visiting the next town over, talking to your neighbors, and being willing to explore and be open minded about different topics and different opinions that different people have. One of the most important things to me . . . is being able to make connections and try new things.”

In many ways, Z’s definition of learning isn’t too different from Simon’s. Both view learning as a process of discovery that leads to lasting change — the same kind of change that Remake Learning works to provide for Pittsburgh’s students.

Over the past few months, we’ve seen just how far that change can take someone. Z is now a first-year student at American University in Washington, D.C. For her creative writing, she earned a $10,000 scholarship from the 2017 Scholastic Art & Writing Awards, putting her in the company of such writers as Sylvia Plath and Truman Capote.

And it’s only a matter of time before she takes her place among Pittsburgh’s famous titans. 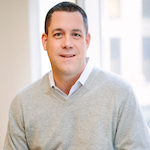 Gregg Behr is co-chair of Remake Learning and executive director of The Grable Foundation. Follow him on Twitter: @GreggBehr